You are here: Home / The Glorious Impossible

Frescoes on the life of Christ by the early renaissance master Giotto coupled with an inspired narrative by Madeleine L’Engle were the basis of the multimedia program, The Glorious Impossible, conceived and directed by Randall B. Robertson. 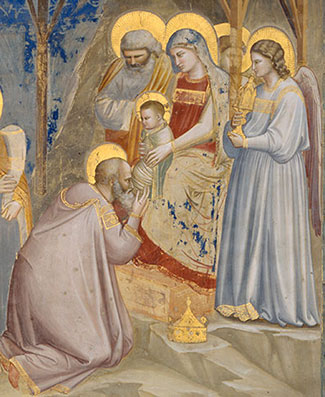 Excerpts were read from Ms. L’Engle’s book of the same name published by Simon and Schuster © 1990, chronicling our Lord from Annunciation to Pentecost. An eclectic array of musical passages from 16th century sacred polyphony to classical to contemporary secular vocal and instrumental works accompanied details of Giotto’s interior panels from the famed Scrovegni Chapel in Padua painted around 1305.

The music was born of a variety of sources—liturgical, secular, modern. Their commonality lies in a shared intensity of feeling. Often, but not always, the text spoke to a passage in the life of Christ with familiar themes (the Fauré Requiem, Bach’s Jesu, Joy of Man’s Desiring and O Come, O Come Emmanuel). Other moments simply revealed music that helps stir the soul. The combined effect of music with words and pictures served to deepen the heart’s experience of Jesus Christ the Messiah. 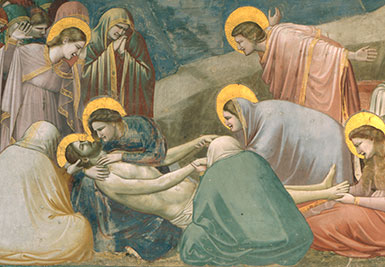 Madeleine L’Engle was the author of nearly fifty books for readers of all ages, including A Swiftly Tilting Planet, winner of the American Book Award, and the 1963 Newbery Medal winner, A Wrinkle in Time. Notable in the L’Engle corpus are A Circle of Quiet and Two-Part Invention, part of the beloved Crosswicks journal written from her Connecticut farmhouse. Until her death in 2007, Ms. L’Engle was writer-in-residence emeritus at the Episcopal Cathedral of St. John the Divine in New York City.